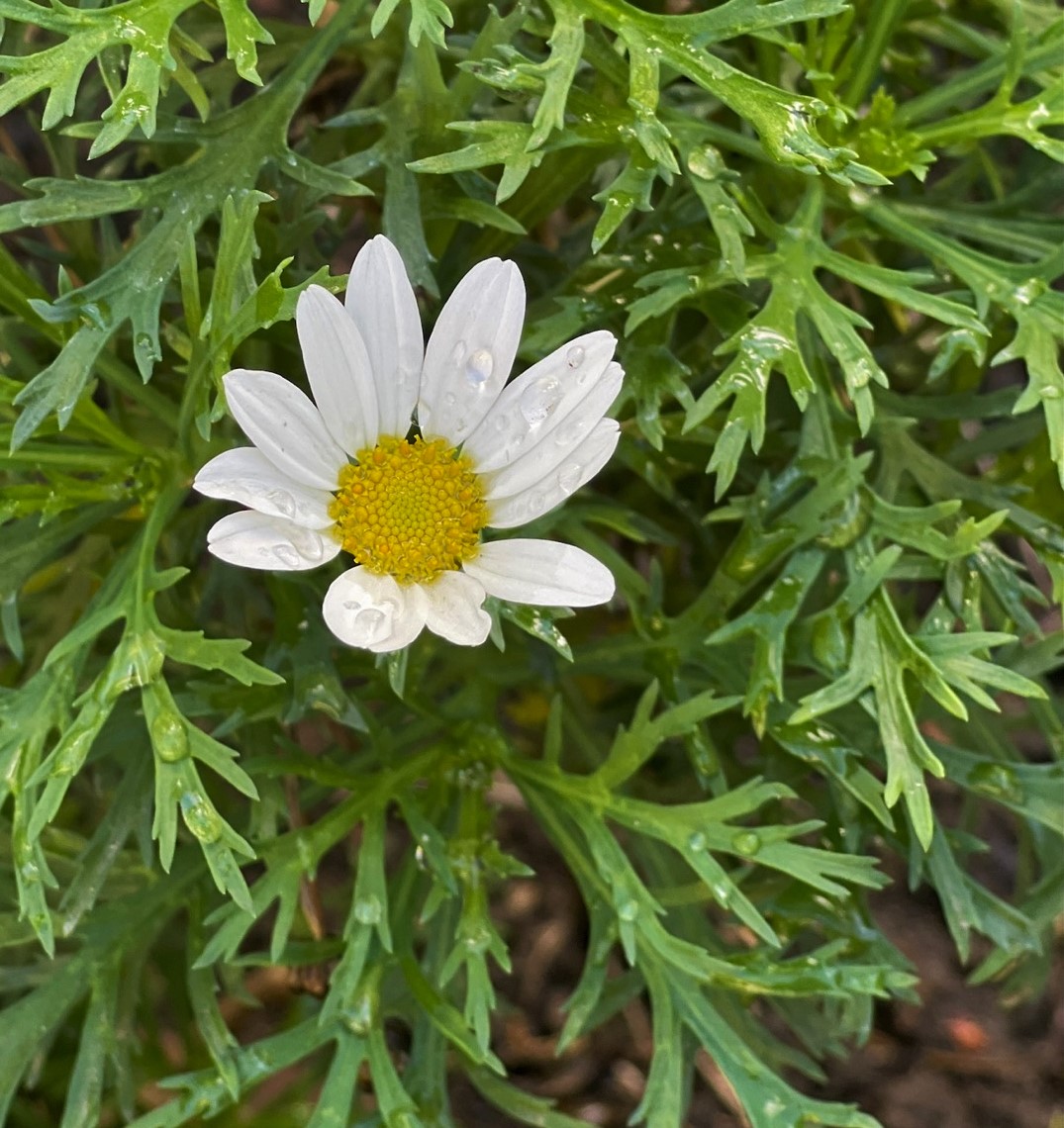 Dementia is a common disease seen in older adults, affecting over 50 million people around the world, according to the World Health Organization (WHO). But, it is not a normal part of aging. Examples of typical memory loss experienced by people of all ages include occasionally forgetting but later remembering events, names, and phone numbers. When memory loss becomes disruptive to your daily life, it might be time to see your medical team about your cognitive health and discuss possible medications to help combat the symptoms of dementia, as well as check for physical signs of Alzheimer’s disease and related dementias.

The National Institute on Aging (NIA) defines dementia as:

“the loss of cognitive functioning—thinking, remembering, and reasoning—and behavioral abilities to such an extent that it interferes with a person’s daily life and activities. These functions include memory, language skills, visual perception, problem solving, self-management, and the ability to focus and pay attention.”

While memory loss is a normal part of day-to-day life, oftentimes more likely the result of poor sleep than aging, dementia is a serious progression of memory loss than eventually may lead to death. While dementia can affect people of any age, the majority of sufferers are over age 65. Memory loss is an expected part of life, but when your activities of daily living (ADLs), such as cooking, bathing, sleeping, and cleaning your house are compromised, it might be time to talk to your doctor about your brain health.

Dementia is an umbrella term for a larger family of cognitive-disrupting disorders that include Alzheimer’s disease, Lewy body dementia, and other less-common diseases, as well as the presence of more than one disorder. There are five primary types of dementia disorders:

Alzheimer’s disease accounts for 60%-80% of dementia cases worldwide, and is a disease that ultimately gets worse over time- people with this disease are expected to live up to eight years after being diagnosed, though many have been able to live up to twenty years after receiving their diagnosis. The early stages of memory loss will eventually begin to affect finances, diet, and other areas of life, and are a good enough indication you might want to visit your doctor for a check-up and to discuss your memory issues. Be sure to take a list of your biggest concerns.

Frontotemporal disorders, or frontotemporal lobar degeneration (FTLD), is the term given to brain damage in the frontal and temporal lobes due to the nerve damage in the brain, often a cause of dementia. This disease may be genetic, or the result of brain cells dying, which hinders the ability to experience full cognition, and negative symptoms occur like confusion, emotional disturbances, and great difficulty with everyday tasks like eating, speaking, and walking. Often financial issues are the first to be noticed with this particular disorder, because the frontal lobe helps us organize and manage our money.

Lewy body dementia (LBD) is named for the presence of proteins in the brain that normally are vital to normal brain function. With this disease, Lewy bodies build up and form plaques in the neurons, causing cell death and ultimately, dementia and death. Unlike frontotemporal disorders, this disease affects all parts of the brain and as a result, can come with much more unpredictable symptoms. Up to 80% of people with LBD experience hallucinations, and a hallmark of this disease is the instability a person LBD begins to experience- often they will seem better one day, and worse the next, sometimes wanting to stare into space for long hours or sleep all day.

Vascular contributions to dementia are caused by blood loss to any area of the brain, caused by events like strokes, and they accelerate any existing possibilities of cognitive loss due to dementia. Medications are often prescribed to help keep blood pressure low, one of the best ways to avoid further strokes.

Mixed dementia is a combination of two or more types of dementia. People with Alzheimer’s disease, for example, may experience a stroke that leaves them with more cognitive issues than the Alzheimer’s alone came with. It might go without saying that those suffering from multiple types of dementia experience compounding effects, as well as compounding side effects from medications needed to treat the two or more disorders.

Symptoms of dementia can often be confused with general aging that has nothing to do with Alzheimer’s or other diseases. Alzheimers.org has a helpful list of 10 early warning signs of dementia to help you determine if your everyday memory problems might be indicative of a bigger issue. The biggest thing to monitor when concerned about your cognitive health is to note how impacted your daily life is by your dementia. If you want to know more about the different types of dementia, check out our helpful blog that outlines the differences between Alzheimer’s disease, dementia, and memory loss.

Drug therapy is one of the most common forms of dementia treatment. With years of dedicated research, scientists have been able to discover the underlying processes that contribute to the progression of dementia, and there are many options available for those in need of medical treatment for their symptoms. There are two commonly prescribed types of medications used to treat dementia, cholinesterase inhibitors and NMDA receptor antagonists families. These drugs work in slightly different ways to alter the brain chemistry to slow the progression of dementia and its related symptoms- while these drugs have been known to increase life expectancy by up to twenty years, there is no known cure for dementia, these drugs simply halt the progression of the disease. If you stop taking this medication, symptoms will return.

After carefully researching the available treatments on the market today, we’ve found the top five medications that are commonly prescribed for dementia.

Sold under the brand name Aricept, this medication is a cholinesterase (AChE) inhibitor prescribed to help those diagnosed with mild, moderate, and severe Alzheimer’s disease. Donepezil is taken as a pill, or dissolving tablet for those unable to swallow, with side effects that commonly include gastrointestinal issues and sleep disruption. First approved by the FDA in 1996, this drug was classified to treat all stages of Alzheimer’s in 2006 after extensive clinical trials showing its potential to delay the onset of memory loss and cognitive abilities.

This medication is sold under the name Razadyne, and it is a cholinesterase inhibitor that is effective and mild to moderate Alzheimer’s disease. According to the NIH, the main differences between this medication and donepezil are that galantamine users’ caregivers recorded less “burdens” during their patients’ time on the medication, in a 2003 clinical trial. Both medications have similar amounts of side effects, but galantamine users experience a skin rash sometimes, in addition to the standard intestinal issues caused by the tendency of cholinesterase inhibitors to increase stomach acid production.

This medication, also known as Exelon, comes in a patch form and is used to improve memory and cognition in those diagnosed with mild to severe Alzheimer’s disease. As in other cholinesterase inhibitors, this medication is helpful in treating dementia-related memory loss, but not in the case of frontotemporal dementia (FTD).

The first drug approved by the FDA to treat Alzheimer’s, in 1994, the cholinesterase inhibitor tacrine was sold under the brand name Cognex. This medication was shown to improve cognitive functions such as memory in patients with mild to moderate Alzheimer’s disease, but due to the extensive side effects that sometimes included severe liver damage and the availability of safer options Razadyne and Exelon, this drug was discontinued for use in 2013.

The use of AChE inhibitors is a great option to help slow the cognitive decline of dementia disorders. However, research shows that stopping this medication will cause the quick return of memory and cognitive loss, as well as an increase in dementia symptoms than was noticed before starting the medication. It is very important to keep in mind that once you start taking ACheE inhibitors, you must continue to take them for the rest of your life.

Research into Alzheimer’s disease has shown that the neurotransmitter glutamate plays a significant role in the learning, and new medications are available to help regulate this newly discovered memory process. The medication memantine was created to help regulate glutamate in the brain and is shown to be effective for those with moderate to severe Alzheimer’s disease and other dementias.

There have been many natural remedies to aging-related memory issues throughout history, and European and Eastern countries continue to refer patients experiencing memory loss-related troubles to a variety of holistic treatments, including:

Studies show that cognitive health can benefit greatly from maintaining an active and creative lifestyle that encourages engagement with a declining sufferer of dementia by providing them opportunities to maintain lifelong hobbies and meaningful passions. For example, some dementia sufferers have even improved in areas of creativity and overall happiness once taking up an interest in art.

It’s important to go over every possible side effect of medications you are considering taking, and carefully weighing the risks versus the benefits of using that drug. While it may seem like a juggling act, the good news is that there is a wealth of options available to treat any symptoms of dementia or medication-related side effect, so no matter your unique body chemistry, your doctor will be able to help you figure out the best way to improve your overall quality of life while living with dementia.

Finding Memory Care Near You

The early challenges posed by dementia-related memory decline can be taken care of at home relatively easy, up until it becomes a struggle to remember daily tasks like eating, or when to take your medication. If unpaid bills and chores begin to pile up, it can pose a health and financial risk that is truly necessary when there are so many community options available now to help aging people live in a healthy and safe environment. For those interested in seeking out dementia-friendly communities with access to medical staff and lifestyle amenities like meals and chore services, visit us to find out more information about memory care facilities near you.